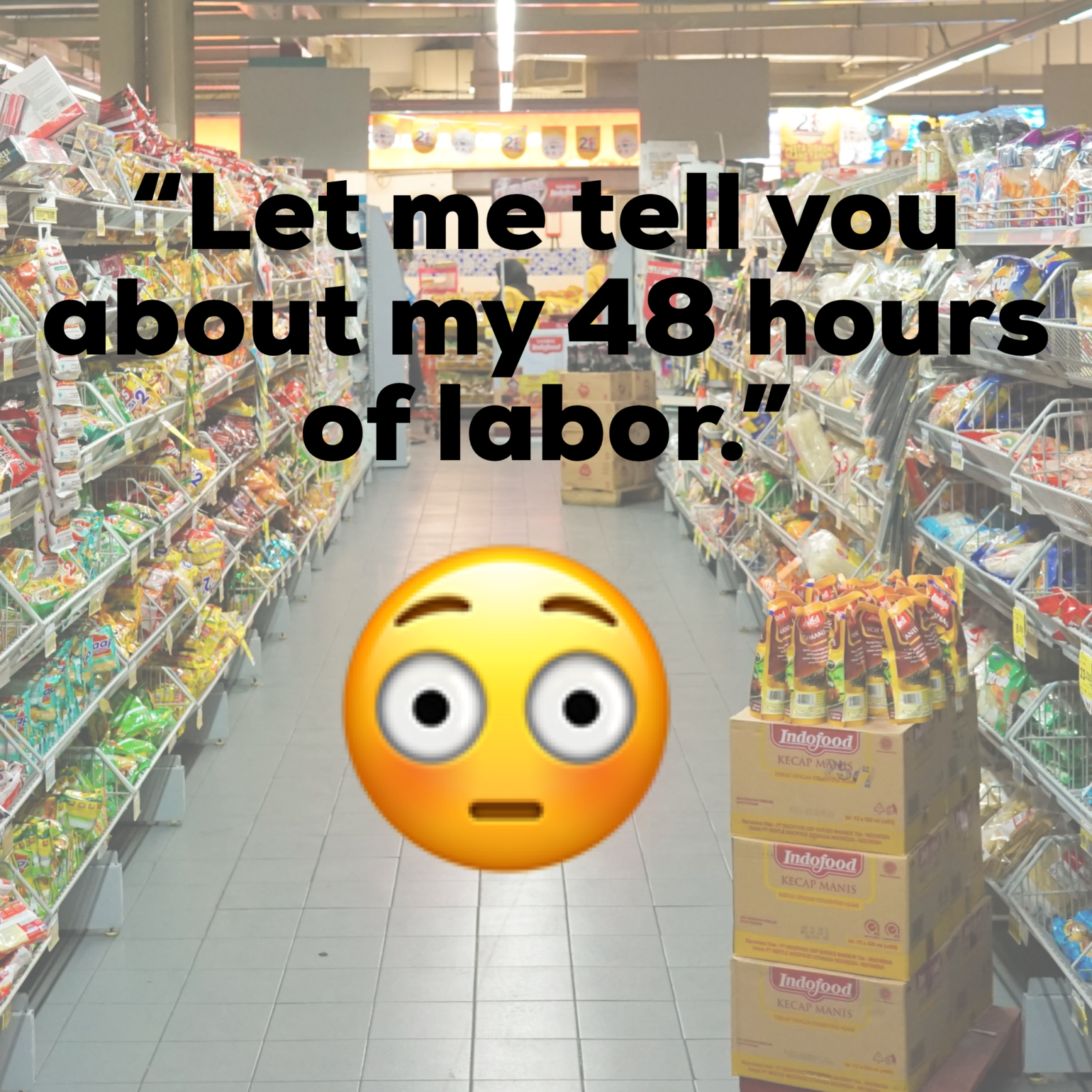 One bizarre sociological trend we all need to reconsider is the seemingly pathological need some women have to impart childbirth horror stories on visibly pregnant women – even complete strangers. I have no idea why this is a thing, but without exception, every one of my friends who has been pregnant has experienced some nosy/oversharing woman who, as well-meaning as she might be, has added undue stress and anxiety to a situation that is already fraught.

The first time I was pregnant I was intimidated by the whole process. I was in an emotionally stressed state, as is literally every pregnant woman in her own way. Women who I barely knew, or didn’t even know at all, upon seeing my growing bump, would feel the need to tell me their often horrific stories of traumatic childbirth.

This odd sharing/scaring ritual is a common occurrence among the women I know. From the excruciatingly-long-sounding labors to the emergency cesarian section nightmares, for some weird reason, the worse the experience, the more there is a need to tell complete strangers about it.

These stories are usually combined with either some kind of advice or judgment. Because of some woman’s trial-by-fire birth experience, she magically now is able to discern not only what’s best for you, but also pass judgment on your life and experience as well.

These conversations can happen anywhere, they even occur in the line at the supermarket. “Excuse me, please pass me a pack of the spearmint gum behind you.” “Sure, here you go. After 87 hours of labor, that’s when I learned that not ONLY do you have to drink a gallon of castor oil, you ALSO need to ride an ATV through the woods on the bumpiest road you can find and that cervix will open right up.”

God forbid you’re either planning a cesarian section or something outside the norm. If you are, you learn quickly to just not talk about it with anyone outside your tight circle. I remember a woman in the nail salon asking me if I felt like a failure because of my section. I don’t, thanks for asking.

It’s not like the women making these statements are ill-intentioned – for they most part they’re not. We have the need as social creatures to bond with others over shared experiences, to feel heard and understood. Our origin stories are part of who we are and where we came from. Even the banalest childbirth story has some interesting nugget associated with it that becomes a part of the story and the stuff of family lore.

Some women do have truly traumatizing birth experiences. This combined with the need many people have to process experiences externally can become a recipe for oversharing. Who better than someone who is obviously about to go through childbirth to tell your story to? Anyone. Preferably, a therapist.

Here’s the actual truth – the vast majority of childbirth is completely fine. Women don’t walk around and say to pregnant women “I had childbirth after a relatively short labor and it was all okay. You got this.” Although, frankly, maybe they should. There’s no social incentive to share the mundane – but that’s exactly what pregnant women need.

Childbirth becomes so much scarier, especially to first-time Moms, because there’s such a selection bias toward the most sensationalized versions of birth stories.

Is the writing of this post going to stop the trend? No. Clearly, it’s ingrained into our society and our need for storytelling and connection with others. However, if most women understood what a small percentage of births were horribly traumatic events, they might feel less intimidated by the whole thing.

Just like everyone else, I have my own story. I went into early labor after my tire blew on the freeway on the way to a doctor’s appointment. I tried to convince the doctor that I needed to go to work and instead was told to go to the hospital for monitoring. Literally, as I was decrying the ridiculousness of being monitored while in the hospital, my water broke. So I had my cesarian section a week earlier than scheduled.

However, despite what will be a story my son will have for the rest of his life, it was all fine from there. The surgery was much easier than I had expected as someone who had never had a major medical procedure before. I walked within a day. It didn’t really hurt. Everything was okay. By the way, if you’re pregnant, you’re statistically vastly more likely to be just fine too.

A strange woman might walk up to you while you’re just trying to buy some Triscuits and tell you she was in labor for 28 hours, forcing you to wonder – “OH MY GOD WHAT AM I DOING?” Here’s the secret, “labor” means from the first twinge on. Just because you’ve seen movies and TLC shows of women screaming, it’s highly truncated/dramatized. Most of your labor you can just play Candy Crush or read a book. You’ll be okay. This is fine.

To women who have had a “normal” birth experience – tell your story. It’s still an amazing creation and origin story, and there are millions of women out there who need to hear it. It’s time to take the drama and put it in a proper context.