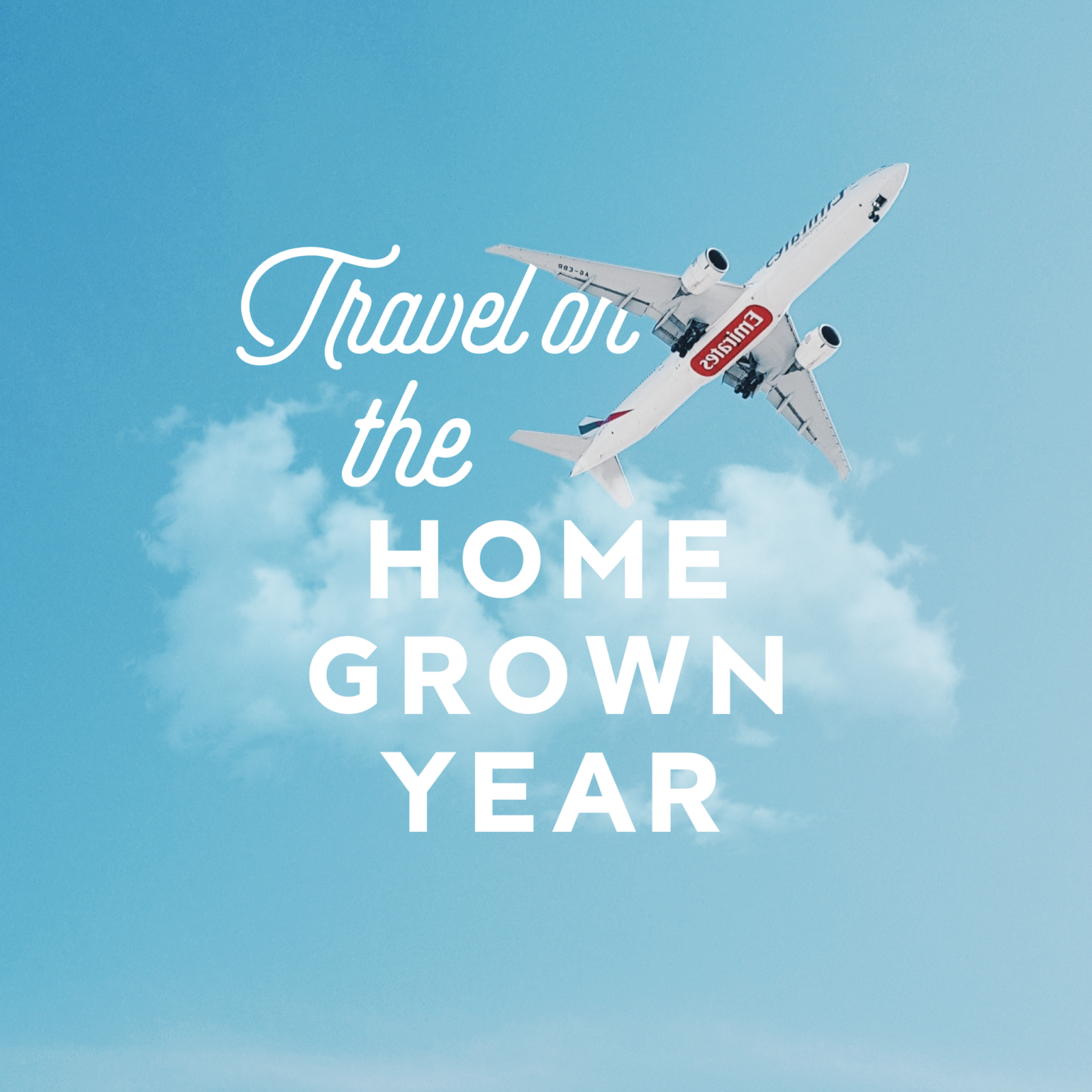 How do I travel during the Homegrown Year? Imagine it. I can’t have any food at the airport. I can’t have any food on the plane. I got an upgrade and passed up free mimosas. That’s how serious I am about not cheating on this challenge, people! Traveling during a year where I eat almost entirely food produced from our tiny, urban farm seems like it would be nigh impossible, but that won’t stop me. There’s almost no margin for error. Here’s how it gets done.

A few weeks ago, Facebook sent me an ad for a “socially distanced” live show (I love live music) from one of my favorite singer/songwriters, Robert Earl Keen. The only problem for me? The concert was occurring in Virginia. Luckily, it was right by the house of one of my best friends, who also loves REK as much as I do. It’s been a long year for all of us. A chance at a show with my bestie was worth making it work.

So, I hatched a plan. Fly out for two nights, first for the concert and one to use one of the four “cheat meals” with my friends. It will be a FEAST. More on that later. But that’s only one meal accounted for in 72 hours. It’s a good time for me to travel because I have a brief window when the goats are dry (I don’t have to milk every day) and kidding season (when I need to be around to be a goat doula). With those responsibilities off my plate, I got ready to fill my literal plate with Homegrown Year-compliant goodies.

I pre-shipped a box of food for myself. I hard froze disposable containers filled with zucchini zoodles and turkey, which I could heat to have some warm meals. I also checked a bag with a jar of sauerkraut, applesauce, and pickles. Then I packed freeze-dried cheese, freeze-dried goat milk, zucchini chips, and an apple in the carry-on. If you’re keeping track, that’s three— count ’em, three!— bags of food, lest any of them fail to arrive or get confiscated by government authorities. Failsafes! I figured if any one of the three bags didn’t work out, I would probably be fine.

As I write this, I’m sitting in Virginia, the shipment came, the checked bag is here, and my carry-on had no problems (although I did get some questions from TSA agents about freeze-dried cheese.) Of course, by the way, I had the regulation that cheese is allowed as a carry-on item pulled up on my phone in case they tried to confiscate it. Never underestimate a libertarian cheesemonger on a mission.

But what to ship? An important part of meal-planning on this trip was hangover mitigation. If I indulge over my FEAST— and I plan on really living it up with this meal— I’m gonna need something to heal me after. In the box I shipped, I made sure to pack the turkey’s fattiest parts. Hangover cure!

So, travel just means a little bit of planning, but it’s not impossible, and it’s totally worth it. Now, let’s get ready for this cheat meal!

1 thought on “Sticking with the Homegrown Year while traveling”