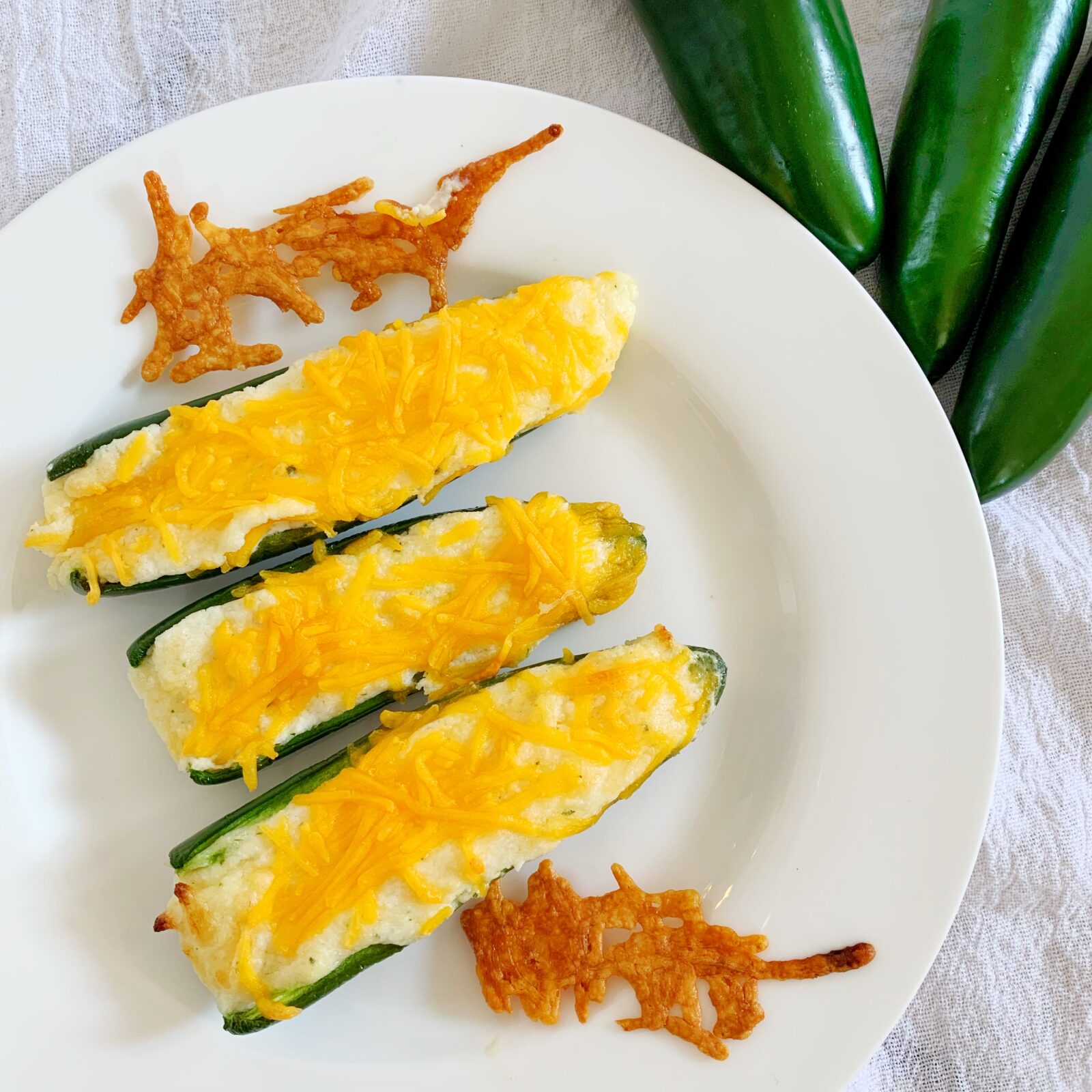 Spice up your appetizers this week with a Keto-friendly and vegetarian stuffed jalapeño. This is keto, vegetarian AND gluten-free – also they’re freaking delicious. If you’re having friends over double the recipe. This is good for about two people – or one of me.

Top and slice jalapeños in half – seed. (I highly suggest using gloves for this part – DO NOT TOUCH YOUR EYES). Some people prefer to just slice the top 1/4 – 1/3 the pepper lengthwise, seed and stuff the remaining portion with the stem – making a cute little boat. That’s prettier, and totally up to you. I prefer this method because there’s less pepper waste.

If you halved the jalapeños as I did, I prefer to roll up a little bit of foil and prop up the cut half so all the stuffing doesn’t spill out. Because of the egg, it will chill into a nice creamy consistency that won’t get everywhere, (see ).

Bake at 350 for 25-30 minutes – until the cheese on top starts to bubble and brown. Cool and serve. Makes 6 jalapeño halves.