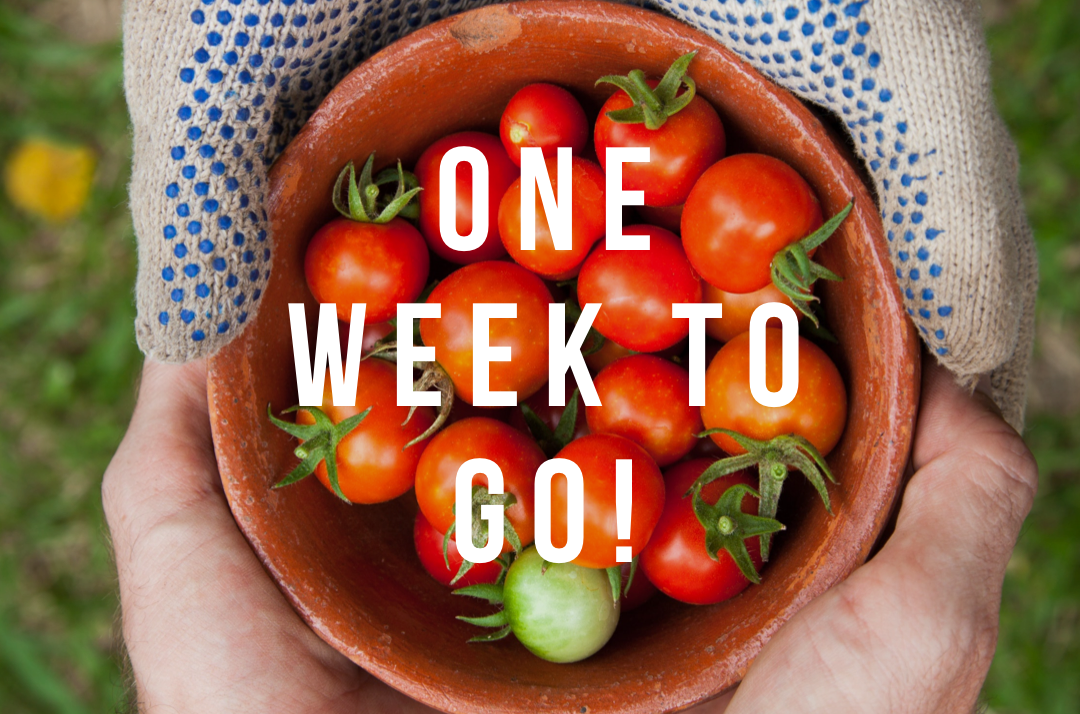 Welp – when I announced the Homegrown Year project, August 1st, 2020 seemed so far away. It was a date far enough in the future to ensure I would have plenty of fresh food and would have enough time to complete all the projects needed to overcome this huge challenge, (never heard of this insane thing I’m doing? Here’s a quick primer.) The plan was to joyfully waltz into the start of the project, fully ready to live off the fruits of our farm for a year. Real life never goes as planned, though.

Since announcing the Homegrown Year, the world is drastically different. The COVID-19 pandemic has changed everyone’s routines, including us. Mostly, we just felt very lucky to be on a small farm to ride out lockdown with our two small sons. I try to imagine if we were in a small house or apartment without the outdoor space and endless chores with two boys under three. Unlike many others who were also required to shelter-in-place, we had had no time to wallow. The immediacy of the next task always fills the horizon.

However, since the summer months were filled with our actual jobs and no childcare, many of the larger structural goals in terms of gardening and preparation were pared from the to-do list. Even the simplest of tasks, from gardening to feeding chickens, takes 10 times longer when you have a child “helping.” Don’t get me wrong, we have done A LOT to prepare for the year. We are in a place where with some scrambling, a little luck, and tons of work, success is certainly possible.

So, am I fully prepared and 100% confident that I’ll be able to complete the Homegrown Year? No. It’s going to take some creativity and strategy to succeed.

So, just a few thoughts as the final countdown begins:

I had planned to slowly wean myself off coffee. That didn’t happen.

A few months ago I bought some decaf coffee with the intent of slowly changing the ratios of caf to decaf until I was drinking only decaf. Being home with two babies means that the decaf never made it out of the can. So, I fully expect that next week is going to be like a detox mixed with a hangover straight from the depths of hell.

I bought several tea plants (Camellia Sinensis) from a nursery off Amazon to try to grow my own tea, and although they arrived healthy and vibrant – I promptly accidentally killed them. The only caffeine-producing plants I have managed to keep alive are a Yerba Mate (if this keeps doing well all my houseplants will be these) and a single coffee plant that seems a long way off from bean production. Pray for me. More importantly, pray for my poor family who has to live with me next week.

I need to eat fresh for as long as possible while preserving what I can.

My friend Emily, whose insane idea this was, came to help me work on final preparations. This included eating tons of food that I won’t have for a year (king crab legs, FTW) and also inventorying the food that I already preserved and put away that I can use later. I’ll be tempted to crack those foods open next week and start eating away. If I’m to succeed and minimize work, it makes no sense to first preserve something then eat it. I’d have to preserve more than if I try to eat straight from the garden now while also putting up and saving the preserved (frozen, freeze-dried, pickled, juiced, fermented, salted, etc.) food for later.

Currently, we have literal crates full of zucchinis sitting in a corner of the kitchen, so I will at least SURVIVE.

A few minutes to appreciate what HAS been done.

It’s easy with a big project to focus on all the things that aren’t happening or that failed and forget to see the bigger picture. Yes, all the cumin refused to sprout even after I watered it for a month, so now I don’t know if I’ll be able to have salsa (I started some in the window and it’s just sprouting so – fingers crossed) or worry about the bucket of potatoes I went to dig out that was just full of bugs instead. However, if I take a step back and look at all the things we have accomplished just to get us this far, it’s pretty amazing. It makes me feel proud.

Just a short list of what’s on the top of mind includes:

Bought a Harvest Right freeze dryer and learned how to use it.

Had a pig pen built

Hatched at least 50 chicks in the incubator

Quintupled the size of our garden

Started growing (and killing) a bunch of new kinds of plants

Had a greenhouse built

Had the greenhouse rebuilt after a wind storm knocked it down

Grew a million (give or take) zucchinis

Met with my accountant about the tax ramifications of bartering (yes, you have to report it – I am not joking)

Made tons of wheels of cheese

Made and froze pounds of goat butter

. . . and that’s just what I can think of right now. This doesn’t include the weeding and the milking and the feeding and the late nights and the early mornings of just everyday maintence. Merely creating the infrastructure to hopefully feed a single person has been enormous.

So off we start. A week from now I’ll write to you in full withdrawal from caffeine, alcohol, sugar, and processed food. I feel like that dog in the flaming room from the “this is fine” meme. This is fine.

3 thoughts on “The Homegrown Year starts in ONE WEEK”