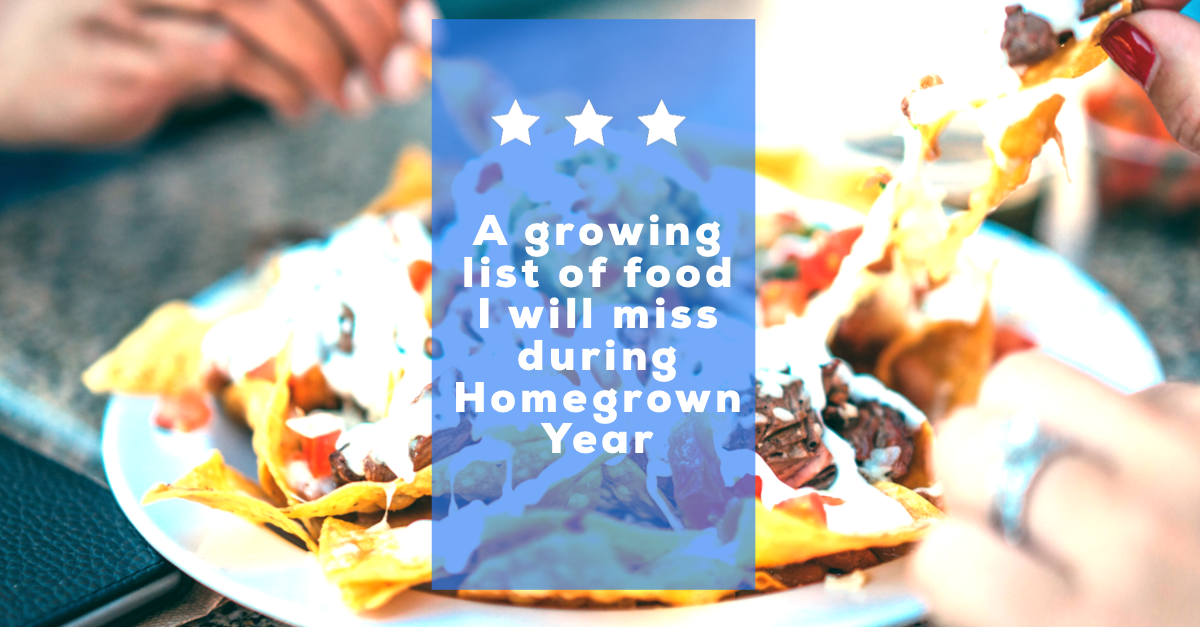 So, if you missed it – I’m working on the project called the “Homegrown Year” where I will be living off what we produce on our urban farm for an entire year. Much of my life has been consumed with logistics – building a “poultry palace” chicken and duck house, getting a pig pen up, fencing the front so we can let the animals graze the whole property, even learning to use our new Harvest Right freeze dryer.

I’ve started to think about where I will be getting things I can’t produce here that I want over the year, like citrus. I’m trying to plan for the other things for which I’ll need to barter, like wheat, beef, honey sugar.

But, it was finding out that an IN-N-OUT was moving in about a quarter-mile from my house, just in time for my year to start, that made me remember there will be things I just can’t make from scratch. No matter how hard I try, there will be no “animal-style” for me for an entire year. But luckily I’ll get to smell it – thanks to this huge cosmic joke being played on me just to make this a *little* bit harder.

What I *CAN* make

The good news is that with some creativity, a growing network of people who are interested in the project, my husband’s kitchen prowess, and some bartering skills, I’ll be able to make a LOT of things. I got off a flight a few weeks ago and texted Emily (my friend from the rules committee) that I had no idea if I could survive a year without Stroopwafels – as United has made me hopelessly addicted to them since they give them out on flights.

She asked, “Could you just make some?” I already make a killer “” caramel with goats milk, and if I get some flour – and assuming I have sugar or honey – I could probably swing some little wafer cookies. Will they be an actual Stroopwafel? No, but I bet I could get close enough to satisfy myself for a year.

Some things will just be impossible

There are some things, though, that will just not be in the cards. I unabashedly see the need for from-the-package treats sometimes, and there will be no way to replicate them. So, although I want the focus of the year to be on what I CAN make – just like you need darkness to see stars – I’m starting a list of all the things I’ll miss. So here we go:

Velveeta (I’m sorry, but there’s no better queso than just the Velveeta-based kind)

Noosa (I make yogurt but Noosa is something special)

Mozzarella Sticks (maybe I can make these?!?!)

Rockies dogs at the baseball stadium

I will update this more as things come up. I’m sure there will be more. What could you not live without? Comment or message me on Instagram (or email me at hungrykelly@realbestlife.com) with what you would miss if you couldn’t have it for a whole year.