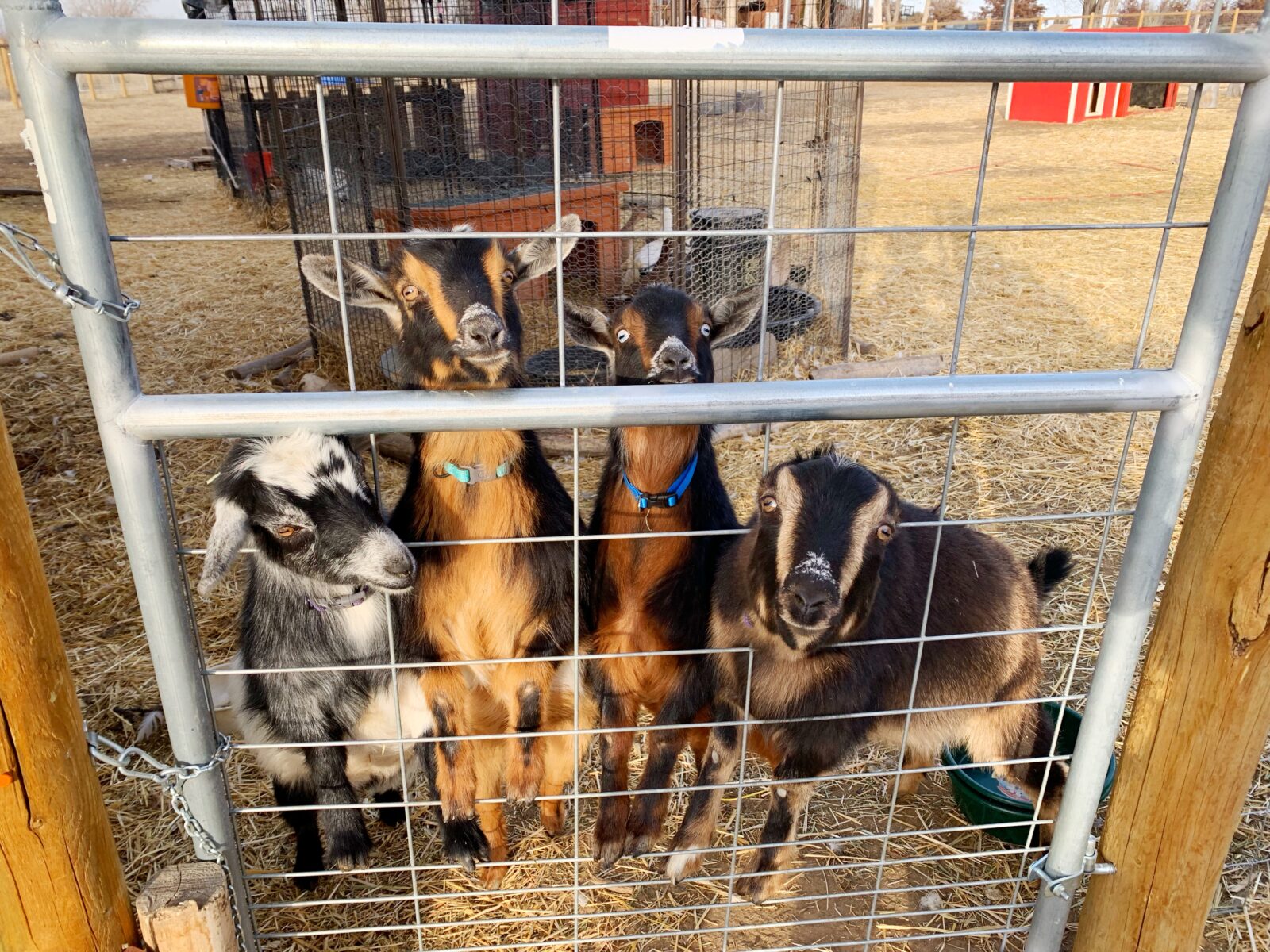 I was lactose intolerant child, which meant that I couldn’t drink cow’s milk for most of my childhood. My Mom would buy me either special lactose-free milk or goat’s milk to drink

I grew to love the goat flavor in both milk and cheese. There’s nothing better than fresh goat’s milk, it’s even better than store-bought goat’s milk, which is delicious. Once I had fresh goat milk for the first time, I knew I would never go back.

Add to it that as far as I’m concerned, cheese is a food group all it’s own.

My passion for cheese can’t be understated. All cheese, but particularly a beautiful goat cheese, can change your whole day. There’s really nothing better than crumbling a soft goat cheese over a fresh crisp salad, a warm crusty bread, or steaming pasta and then drizzling over the top a spicy olive oil.

A little less than a year ago my husband and I moved only a few miles – but took a big leap. As foodies who love the slow and local movements, we decided to join the farm-to-table revolution. We bought just a few acres north of Denver – zoned for agriculture – to start our little farm.

I knew one of the first things I wanted to do was get my own milk and cheese makers. Enter – goats. All my friends had all the questions. So, I’m going to answer the ones you didn’t even know you had, today.

The goats who smell most goaty are bucks – uncut males. Even that’s only primarily around mating season. It’s really not too bad unless you decide to keep a huge herd around for some reason. I’ve met people who have goats in their backyard in the suburbs and their neightbors have no idea.

Do you do yoga with them?

I could, I guess. We have baby goats on the way right now, so that might end up being a lot funnier. I guess the real question is “do you do yoga at all?” The answer would be “no.”

Right now, my favorite thing to do is pull out a blanket and sit on the ground when it’s nice out with my goats during happy hour. They’re great to hang out with and sip wine as the sun sets.

Do they eat everything? Cans? Fence?

That’s a myth. Goats don’t eat cans or fencing. They have taken a few chunks out of the side of the chicken shed, but for the most part, they’re grazers. Goats are a great part of comprehensive land management because they tend to eat weeds first and leave the grasses until later. It’s been really good for us to get our weed problem under control.

It’s a little hard to describe. Different breeds of goats have different milk butterfat percentages – so not even all goat’s milk tastes the same. The smallest goats give the highest fat milk (like little cream machines) while the larger dairy breeds give a higher volume of milk but lower fat percentage. Goat’s milk has a sweetness and a depth that feels rich and velvety on your tongue.

Goats are sweet. They’re not like dogs though. Although domesticated, they can be skittish if they don’t know you. Some people bottle feed their baby goats to help them become more people friendly at a younger age.

We got some of our goats from a milking herd who took a while to warm up to us. But we also got one of our girls from – and I am not making this up – a lady at a suburban house who was just keeping them in the back yard. She was raised with children playing with her all the time, so she’s basically like a puppy goat.

How big are they?

Goats can run the gamut from the size of a medium dog to the size of a small pony. It all depends on the breed. Although we only own miniature goats, we have a friend who boards her larger dairy goats with us as well. So we have goats ranging from 30 pounds to 200-plus pounds on the property.

Can I get one?

It depends. It’s actually crazy to me all the places I’ve seen people keep goats – particularly the smaller ones. You pull up to a normal looking house in a normal neighborhood and walk into the backyard and there they are – goats

with your zoning to see if you can have one. Like with any animal, make sure you try to at least meet one first before you jump in. That said, goats are herd animals so you have to have at least two. Maybe you’ll start collecting them like me.

13 thoughts on “The top seven questions people ask about goats”